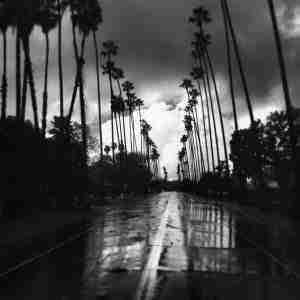 This series on Leadership Failure is meant for leaders in the food and beverage industry, especially leaders and aspiring leaders in R&D, Innovation, Food Safety, Operations and Quality.

The ingredients, symptoms and consequences of leadership failure apply to everyone, but this series is focused on recognizing signs and symptoms and course-correcting to avoid failures that cost you your job, credibility and standing within the industry.

This series isn’t a list of ways to avoid failures of leadership.

Avoidance is resisting or taking action against something you fear.

That’s not a recipe for long-term success.

Rather, this post and others in the series, attempt to get you to “Know Thyself” – to identify and stay aware of traps and detrimental thought patterns that impact your ability to influence, execute and lead.

The Failure to Influence

Directors and Vice Presidents in functional areas are expected to craft and deliver on a “vision” for their functional area that complements the company’s overall mission and vision.

For Food Safety leadership, this may mean you were unable to influence executive leadership, suppliers and production personnel to comply with best practices associated with a strong Food Safety Culture and reduction of Cost of Quality.

For Innovation and R&D leaders, this may mean you were unable to get executive approval and buyin to support open innovation or consumer-centric product development.

For Operations, this may mean you failed to find common ground with other areas of the business that rely on operations to support new product introduction and the disruption that comes along with it.

Regardless of your functional area, the failure is rooted in an inability to adapt and influence – even deeper is an inability to recognize your shortcoming and a blindness to reality or holding on to deeply held but antiquated beliefs that may have made you successful previously.

Your technical prowess, Masters Degree and list of previous accomplishments are not the things that will help you here.

The ability to influence requires empathy, negotiation, collaboration and a whole host of skills that have nothing to do with your functional expertise.

For Food Safety leaders, a failure to find common ground with Operations – a failure to be empathetic to their needs and obligations and finding common ground that results in a shared victory – maximized output and yield without sacrificing quality or safety.

For R&D leaders, it means a failure to instill consumer-centric or customer-centric practices into the entire product development cycle.  It might mean failing to get through to the executive team that packaging or ingredients are repelling today’s consumers rather than drawing them in.

It could mean a failure to identify redundancies within the product development process that lead to lost time and watering down the capabilities of your R&D team.

It’s rare that the actual “vision” was doomed to failure – the failure results because of the leadership, especially functional leaders.  The failure to influence is the issue, not a problem with the vision itself.

A parallel can be drawn to the doomed business owner in The E-Myth – in Michael Gerber’s classic series, he describes a highly-skilled and creative baker named Sarah who decides to open up her own shop and runs into problems running her business.

The shortcomings of Sarah’s pie shop were not her baking skills or that she didn’t create delicious pies.

Her shortcomings were that she didn’t have her priorities in line and failed to realize that in order for the pie shop to be successful, she needs a) technicians(the pie maker) b) the manager(minding the shop) and c) the visionary.

For a small business owner just starting out or, in the case of a Director of R&D or Food Safety in a “flat” or “lean” organization, that may mean you’re wearing multiple hats – one hour you’re the subject matter expert in microbiology and the next hour you’re sitting in front of a customer defending your company’s FSQA policies.

The symptom is often expressed as “we don’t have enough people” or “I have to do everything” which, in many cases, is valid.

But as often with functional leadership the issue is a refusal to accept reality – the reality is at the Director or VP level, you ARE a business unit leader charged with being the Visionary, the Manager and the Subject Matter Expert.

Refusing or avoiding 1 or 2 of these “roles” is a recipe for your failure to lead.

This is especially important for VP’s of Quality and Food Safety and Research & Development – the technical skills that led you to this lofty title are NOT the skills that will keep you at this level nor will they be the basis for future promotions – it’s your ability to get through to OTHER people and get them to buy in to what the business vision is.

Questions to reflect on

Who am I not getting through to right now that’s keeping us from achieving our end goal?

Why am I not getting through to them?

What can I do differently to influence their behavior and actions?

If achieving our end goal is non-negotiable, and I can’t get through to this person, what’s my Plan B?

Failure is an end state, a result.  Be aware of the symptoms and faulty thinking that lead to failure and course-correct as needed.  Don’t avoid failure – instead avoid patterns, thinking and behavior that LEAD to failure and create actions and thinking patterns that run counter.

Move towards success versus away from failure.

Failed vision is a result of not getting others to buy in.

Commit to the end goal, or vision, but stay flexible to the manner in which it’s achieved.

The skill set and technical prowess in your functional area are not the factors that will keep you perched at the Director or VP level, nor will they be reasons you ascend into expanded leadership roles.

Bob Pudlock is the publisher of Food Safety Insider and President of Gulf Stream Search, a search firm that specializes in placing top talent with consumer packaged goods companies and the technology companies(SaaS and PaaS) that support them.

Bob is one of North America’s most-respected and top Food Safety recruiters.

The Food Safety Insider has been recognized as one of the top food safety blogs by Feedspot.

Our best articles and blog posts about Food Safety Culture

This series on Leadership Failure is meant for leaders in the food and beverage industry, especially leaders and aspiring leaders in R&D, Innovation, Food Safety,

Stay in the loop with Gulf Stream Search

We never spam, we hate it too.